West Football in The Playoffs 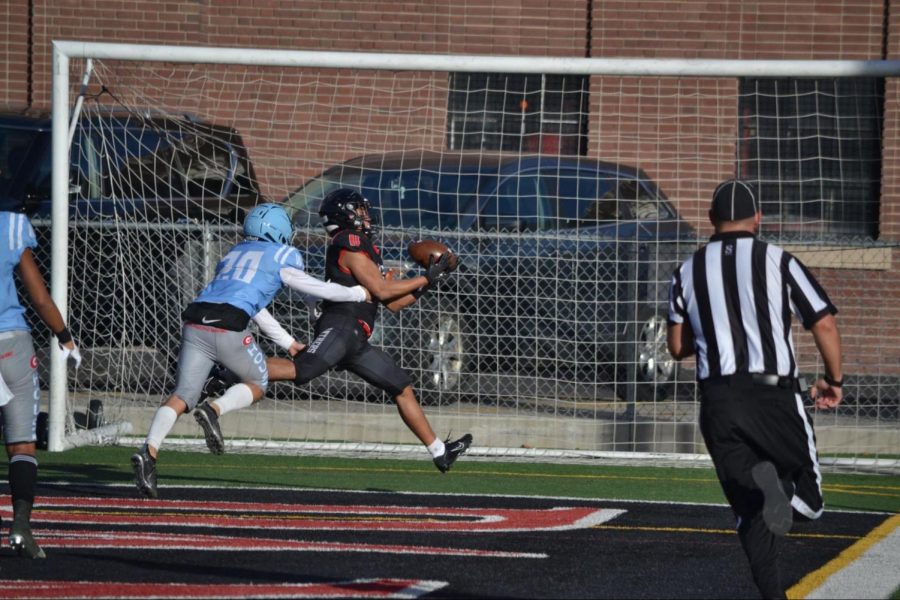 This past year has been a year of change for all high school sports, and West High Football is no exception. Even after a turbulent season, West once again finished atop their region and in the top half seed of the 6a Utah High School Playoffs. Coming off a thrilling fourth-quarter win against Granger, West entered the playoffs with a 7-1 record and the #11 seed, allowing them to host a home playoff game.

In their first matchup, West faced a familiar opponent: Granger. West once again beat Granger, winning with a score of 35-16—28 of which were scored in the game’s first half. Junior Sesi Vailahi scored two touchdowns, capping off his monstrous season as a running back, receiver, and punt returner for West. He also was the leader of a strong run game split between many different ball carriers that led them to the win. Earlier in the year, West’s defense faced problems against Granger’s quarterback runs and options. However, this time West came prepared, sacking the quarterback multiple times. The D racked up 4 sacks, 2 interceptions, and a fumble returned for a touchdown, then headed north to Farmington.

In an interview with Karson Lopati, West’s graduating quarterback, we discussed West’s plan going into this game and the playoffs. Because of the early dominance West showcased, Karson didn’t have to throw the ball that many times, and so West continued to stick to the run even with two early fumbles. When asked about how West offense approached Granger after the close game on senior night, Karson said, “It took us awhile to figure out in the first game, what was working what was not working, so we kind of just piggybacked off of what worked in the first game, and added a whole bunch of, and added a whole bunch of stuff.” During West’s second game against Granger, he also noticed that Granger was more familiar with West’s defensive plays.

Despite Granger’s knowledge of West’s offensive game plan, West’s strong, consistent run game brought them to the win. West’s defense carried their momentum into the following game against Farmington. In a late-night defensive showdown against the 6th seeded Farmington Phoenixes, West lost to a last-minute touchdown, giving Farmington a 10-7 lead.

West’s defense held strong throughout the entirety of the game, only giving up 10 points and 3 by the start of the 4th quarter. However, crucial mistakes and a large number of penalties resulted in a loss. Despite the fact that West’s offense showed some sparks throughout the game, in many cases they couldn’t finish their drives and struggled once they found themselves in the red zone. West’s defense played well notwithstanding the poor situations they found themselves in. One such situation came up when West decided to go for it on fourth down instead of  taking a field goal. Carson Lopati said that “[a]t the time we kind of just trusted in coach, but now that we think about it, yeah, a field goal would have been more wiser.” The decision to go for it on fourth down was something consistent in West gameplan all year, as Karson said: “It does go along with our decisions too, cause we elect to go for it a lot, and it doesnt put our defense in a good position if we don’t get it.” Facing 4th and 18 down 10-7 late, Karson threw it up to Junior Sessi Vailahi who, as Lopati described it, “[Farmington] blitzed, I know they blitzed one guy, but he came off the edge, so he was unblocked, so I had to escape around him. It was kind of a desperation throw, just throw it to get the first down.” Karson converted on fourth down but later that drive, west was stopped to end the game.