The Red and Black • October 4, 2021 • https://theredandblack.net/1561/features/grading-for-equity-an-interview-with-the-west-high-equitable-grading-group/

Grading for Equity: An Interview with the West High Equitable Grading Group 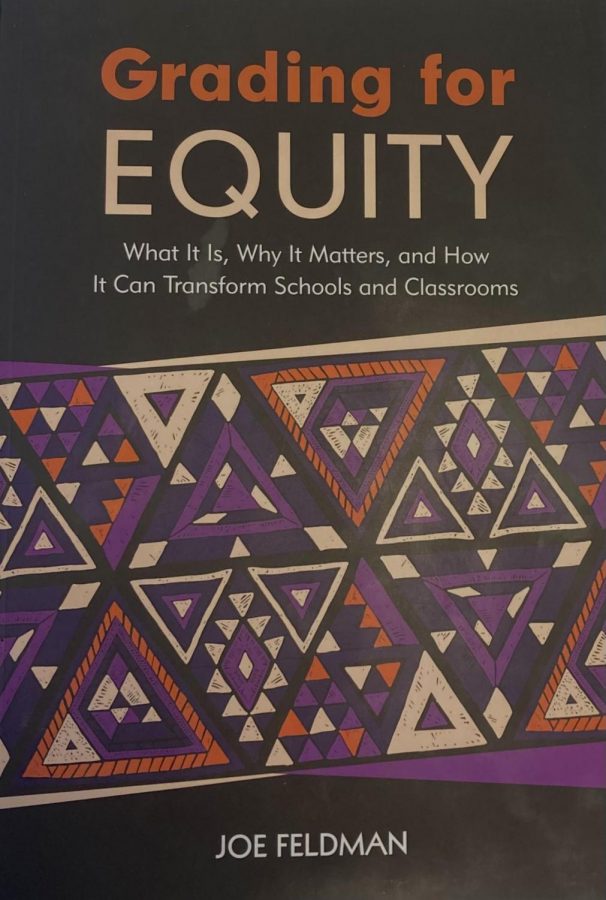 If we learned anything from the COVID-19 pandemic, it’s that our current education system is not equitable. Inequality in access to educational opportunities existed before the pandemic, but were exacerbated by the sudden shift to online education. Many educators realized that we need to change something in our education system to continue to truly achieve the goals of modern public education: to educate all students in an equitable manner, to create productive members of society, and to foster critical thinkers and innovators. This year, a group of West High teachers and faculty decided to take action by implementing a new grading system that they hope will create a more equitable education system: standards-based grading combined with a proportional grading scale.

The proportional grading scale is relatively intuitive: the default grading scale that most teachers use fails students who receive a 50% or lower, meaning that students who know half of the information on a particular assessment and students who know none of the information will receive the same letter grade. The Equitable Grading Group solves this issue by dividing 100 by the five letter grades, making an “A” grade an 81-100%, a “B” grade a 60-80%, and so on.

Mr. Fako describes the inspiration for the creation of the West High Equitable Grading Group as “a perfect confluence of events.” This is his second year teaching at West; he previously taught in Mississippi. He recalls that because the school he taught in had “behavior issues” and low test scores, “the pedagogy and thinking there was that you should incentivize everything with a point system that forces students to behave.” He says that he could “see and feel that this system was doing a disservice to students.” It became clear to teachers that “the practices we had just didn’t work” because “our school was failing a ridiculous number of students” in the fall of 2020. This was around the time that Ms. Boren introduced Grading for Equity and Dr. Wright, the principal, purchased copies of the book for interested teachers. Ms. Aldridge, who has taught at West for five years, concurs. “We [teachers] have been dissatisfied with the punitive nature of grading, the detrimental effects it has on learning, and how grades become commodified,” she says, “that pulls us away from why we really should be here, which is the intrinsic joy of learning.”

One of the main criticisms of our current grading and education system is that it inhibits students from becoming critical thinkers and innovative citizens. Instead, it can foster the development of a population of citizens who are obedient and silent. In Grading for Equity, Feldman attributes this to the throughline between American public education during the Industrial Revolution and today. “We’re all in one room and it’s sort of an assembly line experience: we say to students, ‘Did you follow all of these instructions in order? Great, this is what you get in return,’’ Ms. Nicholas says. She also believes that this is related to expected behaviors in schools: “You have to show up by 8:45, have permission to leave for a restroom break, and you’re conditioned to rotate to a different station or class at the sound of a bell.” Ms. Aldridge adds that she does not want “students to be passive recipients of knowledge, but co-constructors of knowledge.”

Another criticism of our current grading system is the process of averaging points, which seems completely normal to most students and teachers – and that’s because it has been the norm for generations. However, Feldman says that averaging grades perpetuates disparities between students (often based on socioeconomic class and race, especially after our year of online education). The idea is that it does not accurately reflect where students are at the end of the term because their often lower scores in the beginning of the term can lower their overall grade, creating an inaccurate depiction and quantification of their knowledge. This is especially relevant this year because of the inconsistencies in our year of online education. But disparities in education opportunities have always existed, and remnants of the United States’ system of school segregation mean that these disparities unfortunately affect students of color and low-income students to a greater degree than white students. Ms. Aldridge saw this reflected in her higher level IB class this year, when several students who spoke English as their second or third language informed her that they do not think they belong in her class. “To me, that is cause for reform and for me to create a community where everyone feels comfortable,” she says, “those same people had some of the most insightful and unique perspectives, and our learning suffers when those students go away.” She says that she wants to teach all students, but these ones specifically, that this is “not something that counts against them, but something that allows them to see their potential for growth.”

In Grading for Equity, Feldman discusses the value of intrinsic over extrinsic motivation in students. The current system “tends to produce students who are only interested in earning points,” Ms. Nicholas says. But Feldman says that this extrinsic motivation has been created by the system. He says that, while early elementary education teaches children to enjoy learning without quantifying it, middle and high school education teaches students to quantify their learning. To him, this means that the commodification of grades and the extrinsic motivation for learning it results in is a taught behavior in adolescents, not an intrinsic one. It’s a sort of debate between “do beliefs [we need to extrinsically motivate students with points] create structures [the system of commodified grading and points]?” or “do structures [the system of commodified grading and points] create beliefs [we are inherently led to believe that we need to extrinsically motivate students with points]?” Ms. Aldridge says she chooses to believe the latter. She believes “teenagers like to learn” and that it can be hard “because learning requires some level of vulnerability, and some students aren’t really in a space to be vulnerable when they are at school.”

Another component of standards-based grading is optional homework, or work that is required but is exempt from students’ final grades. Feldman argues that optional homework may be more beneficial to students because it prepares them for post-secondary education by allowing them to be in control of their own education and actually experience the benefits of studying and preparing. Ms. Aldridge says that she is grappling with the reality of modern public schools, where students “come to school for the whole week and then receive homework on top of that,” and asks, “are we trying to train students to overwork themselves?” She also says that the question of motivation is one she has received from many of her colleagues, and her answer is that “so far, students have been doing all of the work,” but she is “going to really rely on student feedback to determine whether I’m teaching successfully.” Mr. Fako also adds that this could be a basis of self-guided education: “we ask students to prepare for the future and then we trap them in rooms and we tell them what they need,” but “by shifting the focus and responsibility to students, we really prepare students for postsecondary education because they start seeking and finding their own solutions.”

The process of implementing standards-based grading has come with its own set of challenges. “I had to rethink how I design assignments,” Ms. Nicholas says, “I had to understand for myself what my ultimate objective was, and design rubrics and standards to reflect that objective so that the students always know what I’m looking for.” Additionally, Ms. Aldridge says that Canvas and Powerschool “default to averaging scores over time and teachers have to manually enter which scores are exempt from the final grade,” which is challenging because standards-based grading allows students opportunities to “retry certain standards.” More importantly, this prompted her to rethink her usual grading process: “Some students are really discouraged by their scores, and I’m still trying to determine when to put a number by an assignment and when to just give feedback.”

Fortunately for the Equitable Grading Group, the response to standards-based grading from students and their families has been positive overall. Ms. Aldridge says that she has noticed a “genuine curiosity” from students and an “overwhelmingly positive response” from their families. “This last series of pandemic years, we’ve realized that mental health is something we can’t really ignore anymore,” she says, “the challenges were always there but they were definitely made more apparent or exacerbated by the pandemic.” She thinks that students and parents alike appreciate this system from a “stress-reduction” perspective in terms of the obsession many students have with the numbers attached to their grades. However, she also understands that many students are “feeling incredibly frustrated.” Standards-based grading is accompanied by the “assumption that things are not perfect at first, so starting with a lower score could be confusing to many students,” she says.

New research about the efficacy of our education system is constantly being published, and many teachers say that this is simultaneously the most challenging and best part about their jobs. After decades of using the same grading system, the West High Equitable Grading Group has taken the lead in changing education practices in order to best support students’ learning. In Ms. Nicholas’ words,“If we’re getting the same results all the time, are we really doing what’s best for the students?”