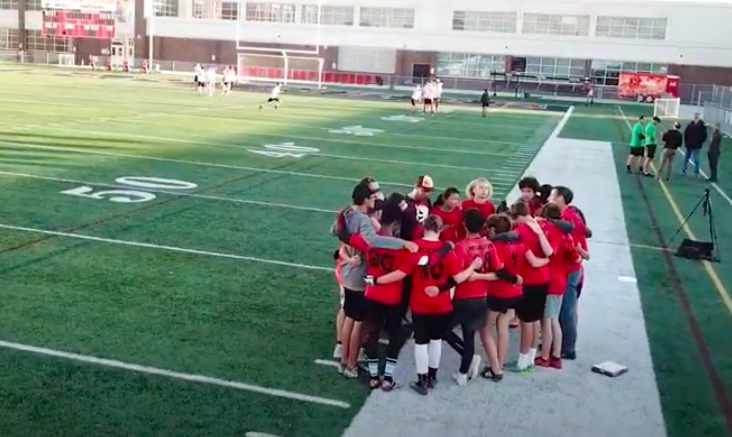 Ultimate Frisbee at West in 2020

Everything this year has been interrupted by COVID-19, but nonetheless, spring sports will continue this season. If you’re looking for a new sport to try out, you should check out ultimate Frisbee. The women’s ultimate team at West, the Gorillaz and the men’s team, the Krakens, have both recently started their spring season. And if you are an ELPer, there is also a middle school ultimate team at West.

The basic idea of Ultimate Frisbee is to get the disk (Frisbee) down the field and to catch it in the endzone. This requires teamwork between handlers and cutters, which are the two different positions in ultimate, on the field. Handlers, as the name suggests, handle the disk more and are usually more experienced throwers. Cutters are in charge of getting open for the handlers to throw to them and creating space on the field. The game originated at a high school in New Jersey in 1968. An interesting fact about ultimate is that there are no referees, so the responsibility of making calls rests entirely upon the players.

This year, all players are required to follow the standards the district has set for high school sports due to COVID-19. The Ultimate Frisbee team at West has taken extra precautions to keep players safe this season. Normally, an ultimate Frisbee game is played with seven players from each team on the field, but this year, numbers have been a little different. This last fall season, teams took part in 3v3 tournaments, in which only three players from each team could be on the field. Both Krakens and Gorillaz teams are having all athletes wear masks while playing and require any other teams they play to do the same. Despite the limitations in the last fall season, West HS Krakens A team won the 2020 fall UUDA State championships.

Most ultimate Frisbee players are very passionate about the sport and encourage others to give it a try. When asked what the best part of playing ultimate was, Lily Stringfellow, a Gorillaz captain, answered: “It’s been such a happy space for me and I love to be outside and work with a team towards a common goal with a sport that perfectly balances flexibility and competition.” Another ultimate team captain, Anna Young, says that she “absolutely loves the community. Everyone is super chill and supportive.”